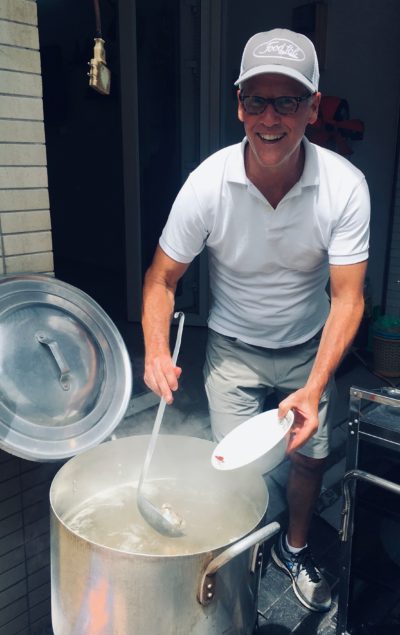 The Kelley and Ping story began on a cobblestone street in Soho in 1993 when Brad Kelley opened an Asian Grocery and Noodle Shop, which quickly became one of the most enchanting destinations in N.Y.C. As shoppers joined Brad for lunch in the back of the store, it quickly transformed into an authentic Pan–Asian restaurant. The success of Kelley and Ping came from Brad’s passion for the markets of Asia and the foods that were served in them.

Brad originally majored in music and business at C.U. Boulder, which allowed him to refine the art of production and hone his eye for creativity, taste and perfection. “I created the original Kelley and Ping on Greene Street in New York 25 years ago,” said Brad. “Returning to Boulder feels like a homecoming of sorts. I couldn’t imagine a better way to mark a silver anniversary than to open in Boulder.”